You can visit it south of Mandraki, in the area of Niohori. Its official name is Hydrobiological Station of Rhodes but in the area is it is mostly known simply as the "Aquarium". It was built in 1935, during the period of the Italian rule under the name of "Royal Institute of Marine Biology of Rhodes". It started operating in 1937 as a centre of oceanic research, however since 1963 it began operating as a Museum - Showcase as well. It has been estimated that it attracts approximately 200.000 visitors every year.Initially you will be impressed by beautiful listed building of the Aquarium, be...|

...|
SOUND AND LIGHT IN RHODES 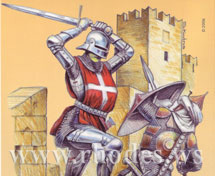 Sound and Light of Rhodes is a unique and distinctive form of theatre. Performed without actors it consists of a confluence of stage action, speech, music and light with the architecture. Combined with light and architecture it is a kind of stereophonic radio. Yes a trip to Rhodes guarantees you a lot of fun and excitement. It manages to recapitulate many centuries in a small time with the display of the historical monuments, current surroundings along with sound and light.

...|
VALLEY OF THE BUTTERFLIES 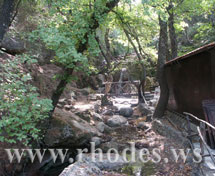 Welcome to the beautiful island of Rhodes. Known for its mystical historical monuments, gorgeous beaches and sun filled weather, Rhodes is a tourist's delight. Whether you are here for a holiday with your family or as a couple or are on a business trip, Rhodes offers you a variety of places to visit like no other place in the world.